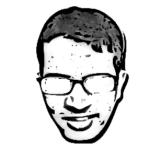 My name is Arul and I'm the creator of this website. I started this in Fall 2000 with the IP address tracking tool which helps you look up IP addresses. I added more utilities and wrote several articles over the next few years. You may look at my code section for code samples and my GitHub profile.

I've programmed since 1988 when I was in the 8th grade. We didn't have Computer Science in school at that time in India, so it was all self-learnt. I began with BASIC and moved on to C, Java, Perl, .NET and other languages and frameworks. Along the way, I picked a couple of Masters degrees in Computer Science.

Day job: I work as a software engineer for a federal organization. I use Python, Ruby and occasionally Go. I don't code anymore in Perl. It is no longer relevant to today's world.

I dabble with these programming languages and frameworks.

Python: Python is an amazing language and I use it mostly for my indepenent contracting or webservices. I love Flask and am writing a book on Flask, so stay tuned!

Ruby: Ruby is a beautiful language and I used it for several years. I started with Sinatra and stuck on to Rails. In November 2013, I attended RubyConf 2013.

Perl: I've programmed in Perl since 1998. It's a great scripting language, and I've used it for pretty much everything, especially automating scripts, parsing text files, heavy regex processing and web applications. It was my first choice in scripting and I jump started my career with it. Sadly, I no longer program in Perl. It has no scope in today's business world. RIP Perl.

PHP: PHP is underrated, but I love this language. I use it mostly for personal use or for clients who are on shared web hosting and refuse to move to a VPS.

Go (Golang) Go is a super fast language and I use it for developing web services. Most of my Go webservices use SQLite or Postgres databases and can be up to 20 times faster than the Python/Flask equivalent.

I use Postgres, MongoDB, MySQL, SQLite on varying levels and depending on the situation and dataset sizes.